St. Peter's Basilica and copies around the world

St. Peter's Basilica in Rome has been an inspiration for churches all around the world. We've made a top-5 of the churches that are copies or inspired by St. Peters Basilica. Most of them are in places you don't expect them to be.

The papal seat in Rome in Vatican city. The St. Peter's isn't the original archbasilica of the pope, that used to be Saint John Lateran. St. Peter's Basilica is well know for its impressive front with lots of statues and columns and the amazing gallery surrounding the St. Peter square and ofcourse the dome on top of the church. The crypt underneath the Basilica houses the graves of deceased popes. Inside the canopy of Bernini is the biggest eye-catcher. 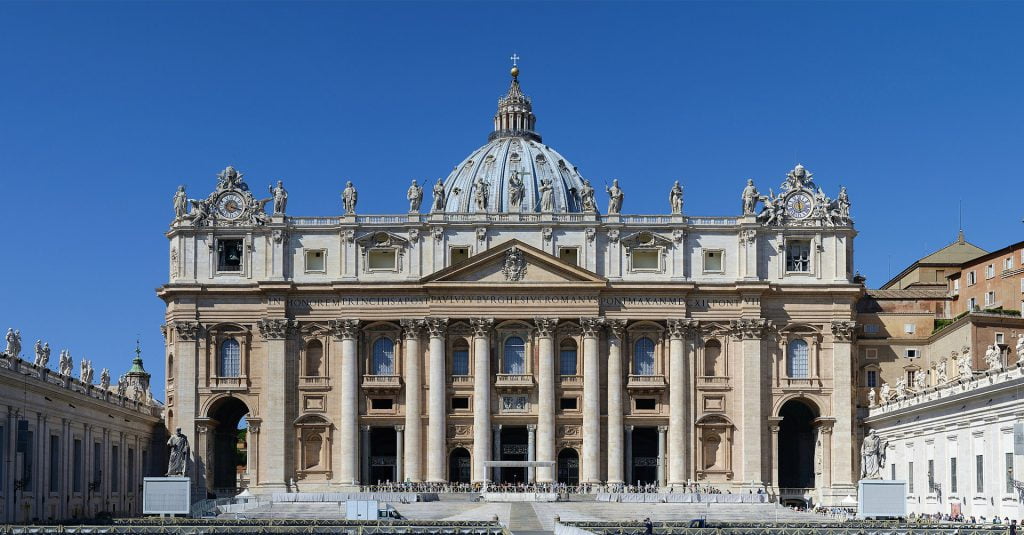 It's almost surreal, this church, also a basilica in the capital of Ivory Coast isn't an exact copy as you can clearly see, but it's definitely based on St. Peter's Basilica. When completed it became the largest church in the world. Just a year after completion it was consecrated in 1990.

As you may have noticed the dome is quite large. It measures a staggering 90 meters in diameter. The St. Peter's dome "only" measures 42,6 meters. 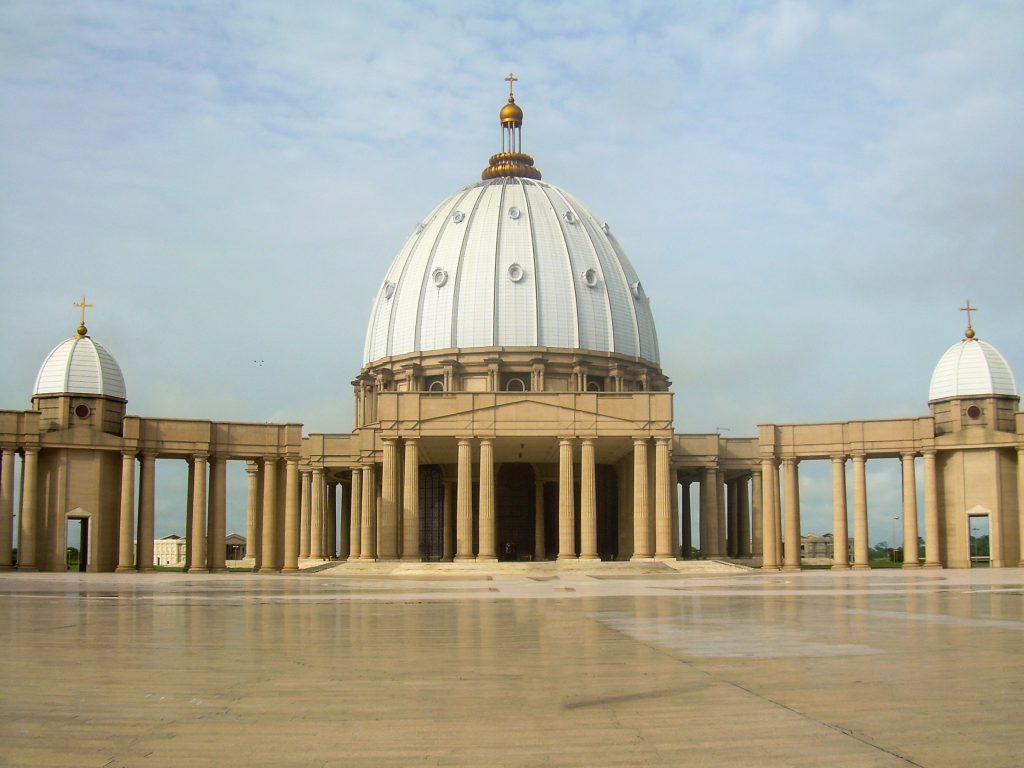 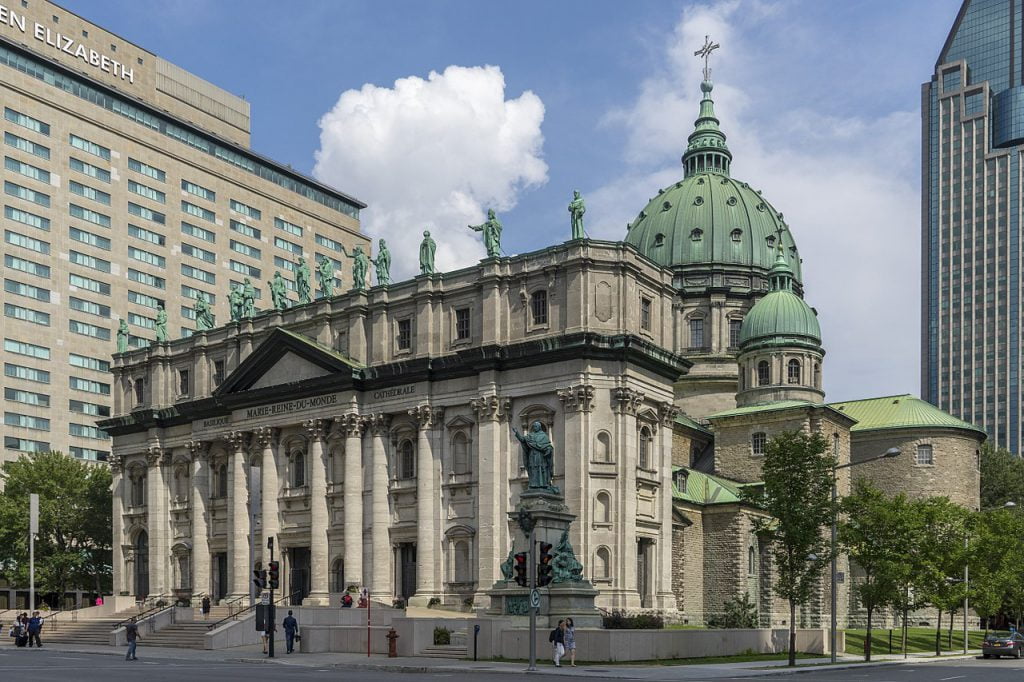 Probably the most correct copy of St. Peter's Basilica can be found in Canada, Montreal. Where other copies of St. Peters Basilica copied one or more parts of the Basilica, Mary, Queen of the world has a quite accurate front, dome and interior.

The Basilica of the crowned mother of good advice is called the "little St. Peter's Basilica" for good reason in Italy. The resemblance is amazing. Although it's a fair share smaller, it's definitely worth the visit. 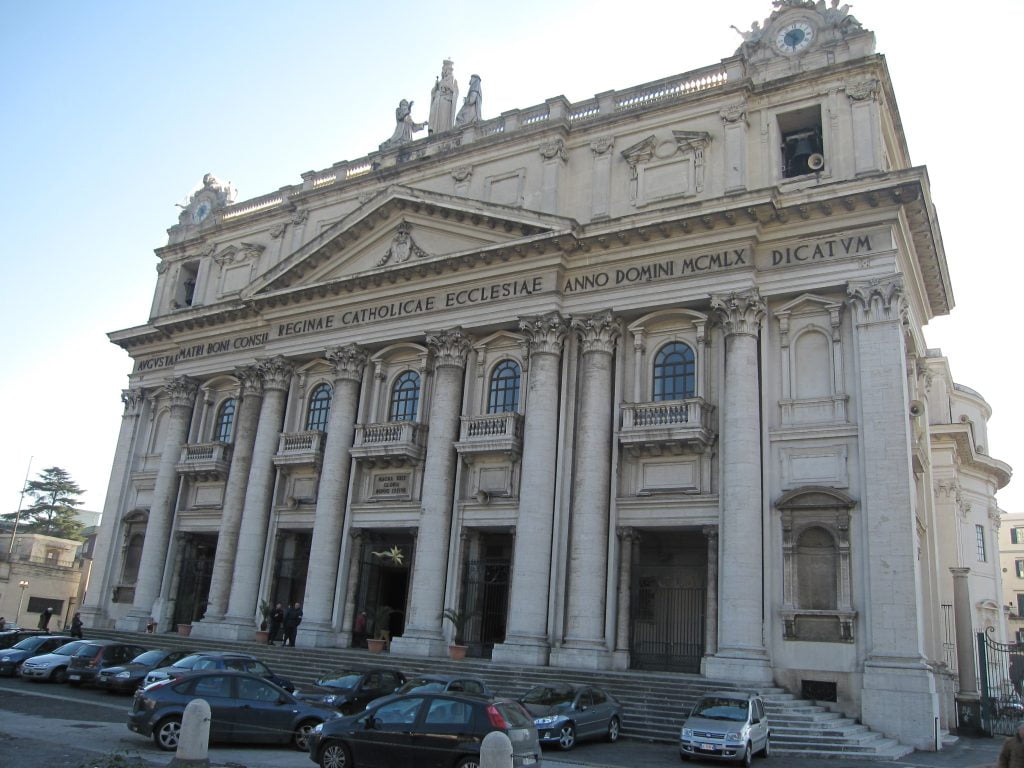 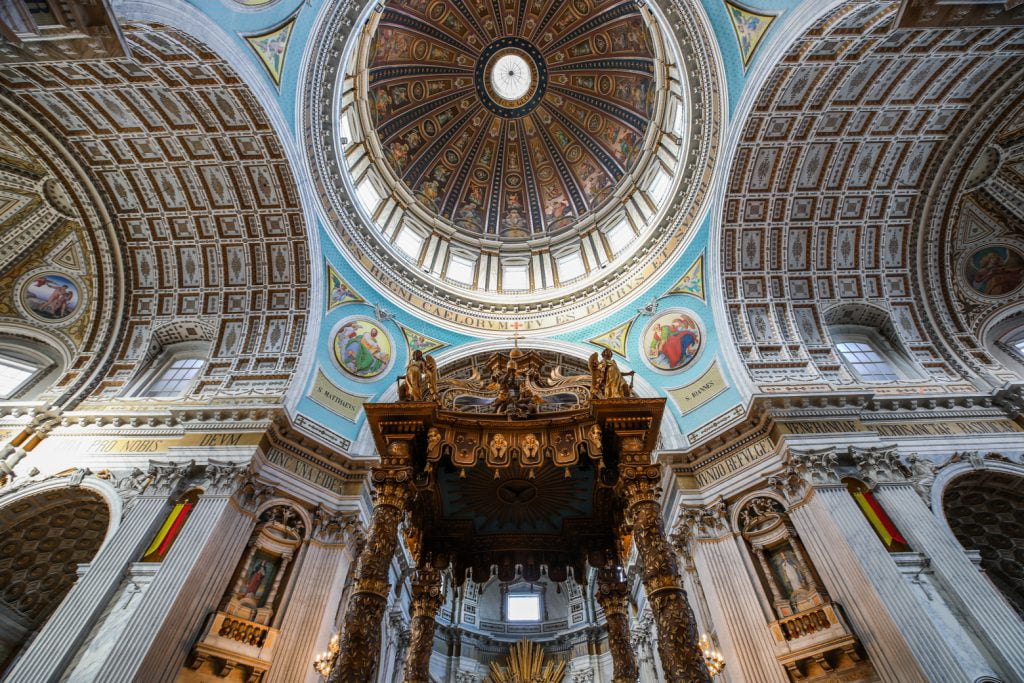 Basilica of the Holy Agatha and Barbara, Oudenbosch, the Netherlands

The Oudenbosch Basilica has great interior resemblance with it's inspiration the St. Peter's Basilica. From the sacramental altar and canopy to the nave and dome, the details are amazing, thanks to architect Pierre Cuypers who designed the Oudenbosch Basilica and the craftsmen who were responsible for decoration.

Visit the Basilica of the Holy Agatha and Barbara in Oudenbosch, one of the most beautiful churches in the Netherlands.

This website uses cookies to improve your experience while you navigate through the website. Out of these, the cookies that are categorized as necessary are stored on your browser as they are essential for the working of basic functionalities of the website. We also use third-party cookies that help us analyze and understand how you use this website. These cookies will be stored in your browser only with your consent. You also have the option to opt-out of these cookies. But opting out of some of these cookies may affect your browsing experience.
Noodzakelijke cookies Altijd ingeschakeld
Noodzakelijke cookies zijn essentieel om de website goed te laten functioneren. Deze categorie cookies bevat alleen cookies die noodzakelijk zijn om functionaliteiten te laten werken en veiligheid van de website te garanderen. Deze cookies slaan geen persoonsgegevens op.
Non-necessary
Alle cookies die niet direct noodzakelijk zijn om de website te laten functioneren en specifiek gebruikt worden om persoonsgegevens te verzamelen door analytische cookies, advertenties en andere content. Het is verplicht volgens AVG en GDPR om toestemming te vragen aan de bezoeker voordat de cookies geactiveerd worden.
OPSLAAN & ACCEPTEREN