The story of Willem Hellemons

Let's review the life of Willem Hellemons, where and why he got inspired and how, together with his allies, he built the church we now know as the Oudenbosch Basilica of the Holy Agatha and Barbara.

Willem Hellemons was born in Roosendaal, in the western part of Noord-Brabant, where he was baptised one day after he was born. His parents, Cornelis and Antonia were faithful people. It didn't raise any eyebrows that Willem Hellemons himself was attracted to religion as well. At a young age he became choirboy and altar boy.

The local Pastor, Mutsaerts, helps him start his religious studies in Turnhout, Belgium. In Turnhout his call for a religious life, grows stronger. After finishing his study in Turnhout he registers as a novice in the Cisterciënzer Abbey in Bornem, Belgium. He is one of the first men to register, after a decade of standstill because of the prohibition of Abbeys and Monasteries during the French Age.

19-year old Willem Hellemons decides to travel to Rome to finish his seminary in the Cisterciënzer Abby of Santa Croce in Gerusalemme. Upon arrival he is overwhelmed by the city's architecture and it's churches in particular. From his dormitory he looks out onto Saint Johns Lateran Basilica with it's beautiful sculptures.

In 1833, 4 years after he arrived in Rome, he finishes his seminary and receives his priest ordination on 23th of March in Saint John Lateran. About one year later, he is appointed Chaplain in Oudenbosch.

Hellemons back in the Netherlands

After the Pastor of Oudenbosch, Joseph Hellemans , dies in 1842, Willem Hellemons is appointed Pastor of the Oudenbosch Parish. As Chaplain Hellemons allready did a lot for the community in Oudenbosch. Together with the Franciscan Sisters from Roosendaal he created a new congregation for girls: St. Anna. A few years later he did the same with Father Vincentius. They started the Boys School St. Louis. From Oudenbosch, both congregations grew to organisations with multiple locations all over the world.

Willem Hellemons and the Zouaves

In 1860, Italy is in a state of war with the Papal State of Rome. Pope Pius IX calls on all catholic youth to protect him and defend the Papal State. His call is answered well in the Netherlands. Almost 3.200 young men sign up. Their journey mostly started in Oudenbosch, where Willem Hellemons gave them shelter, and a warm meal before heading to Brussels for their military check-up. These men, called Papal Zouaves are still remembered in Oudenbosch, in the Dutch Museum of Zouaves in Oudenbosch.

This call by the Pope and the following deployment of Zouaves reminded Hellemons of his time in Rome. The Zouaves inspired him to build a new parish church, honouring the great Roman churches: Saint Peters and Saint John Lateran.

A new parish church for Oudenbosch

The Oudenbosch parish had used the Agatha church in Oudenbosch for ages. This former church, which was built in 1513 stood just a few meters from the Basilica, where you can find the cemetery nowadays. With Catholic Faith growing fast in the southern part of the Netherlands, the church became too small for all the faithfull inhabitants of Oudenbosch. Pastor Willem Hellemons was determined to use this to his advantage and started making plans.
And so it happened: in 1865 after few setbacks the first sod was turned. The first bricks were layed in 1867. Thirteen years later the church was formally consecrated, but wasn't completed yet. Willem Hellemons didn't live to experience the completion. He died in 1884 at the age of 74. 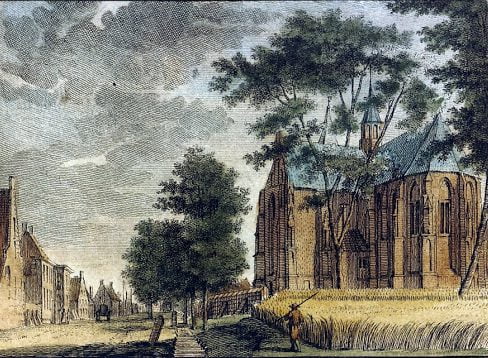 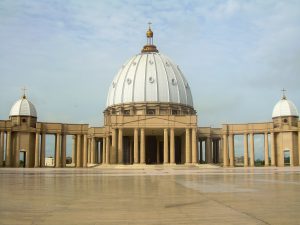 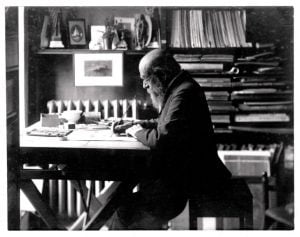 An ode to Pierre Cuypers

Visit the Basilica of the Holy Agatha and Barbara in Oudenbosch, one of the most beautiful churches in the Netherlands.

This website uses cookies to improve your experience while you navigate through the website. Out of these, the cookies that are categorized as necessary are stored on your browser as they are essential for the working of basic functionalities of the website. We also use third-party cookies that help us analyze and understand how you use this website. These cookies will be stored in your browser only with your consent. You also have the option to opt-out of these cookies. But opting out of some of these cookies may affect your browsing experience.
Noodzakelijke cookies Altijd ingeschakeld
Noodzakelijke cookies zijn essentieel om de website goed te laten functioneren. Deze categorie cookies bevat alleen cookies die noodzakelijk zijn om functionaliteiten te laten werken en veiligheid van de website te garanderen. Deze cookies slaan geen persoonsgegevens op.
Non-necessary
Alle cookies die niet direct noodzakelijk zijn om de website te laten functioneren en specifiek gebruikt worden om persoonsgegevens te verzamelen door analytische cookies, advertenties en andere content. Het is verplicht volgens AVG en GDPR om toestemming te vragen aan de bezoeker voordat de cookies geactiveerd worden.
OPSLAAN & ACCEPTEREN